Head on collision facts: A head on collision in a car accident is usually one of the most severe types of collisions that results in a considerable chance of injuries to the persons involved as well as the chance of damage. This also leads to significant financial losses, and therefore, it becomes important to understand what exactly head-on collision entails, and how to seek compensation for a collision if you have been a part of one. This article attempts to enumerate the various facets involved in a head on collision, and present a guide to those who have been involved in one about their options going forward, and how they can seek fair compensation for the damages suffered.

The chances of severe injuries or fatalities in head on collisions are much higher than any other type of accident. It usually occurs when two cars hit the front of each other, and usually with high impact. The crash results in damage to both the cars involved in the collision, as well as injuries to the passengers. Usually, most head on collisions are cost by irregular or irresponsible lane changing practices. As per the data of the NHTSA, of all the causes that lead to a head on collision, the most common factor is improper changing of lanes. 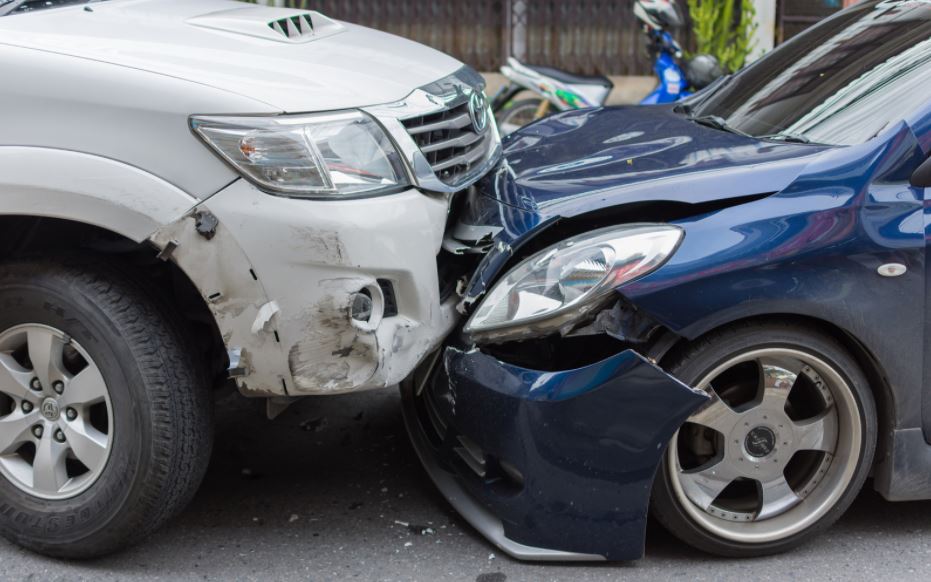 Who is at fault?

When it comes to determining who has to pay compensation, it is first necessary to determine which party was negligent and at fault. This determination becomes even more important in a scenario such as a high impact car crash as the potential consequences of the crash (both in terms of damage to human beings as well as material objects) are pretty severe.

It is obvious that the driver who did not follow traffic rules properly is more likely to be deemed the “at-fault” party when it comes to a car accident, but it is not always so cut and dry. It is possible in some circumstances that both the vehicles involved in the accident contribute to the cause of the accident. However, if only one party has violated traffic rules that led to the accident, it is sufficiently clear that the violating party will be determined to be at fault.

Given that head-on collisions are extremely severe, it helps to educate oneself about what the most common causes of such accidents are, and to be watchful while on the road to prevent it from occurring.

The role of an attorney that specializes in car accident cases will be to get you the requisite compensation that you are entitled to, in case of an accident. However, if you have been determined to be the at fault party, it works the same way and you may be liable to pay compensation to the aggrieved parties in that case.

Some Common injuries that occur due to head on collisions

As stated above, head on collisions are extremely severe and usually have a heavy toll on both the people involved, as well as property. The severity of the accident increases if the speed at which the collision occurred was high. Here are some of the most common injuries associated with head on collisions:

If you are not the party at fault, but have been injured of suffered damages due to the negligence or fault of another driver, you are entitled to claim compensation from those who have contributed to the accident. To file a claim or to sue the people involved, it is important that you follow certain steps to get a favourable judgement. Here are some of the steps that you can take to ensure that you are compensated to the fullest extent possible, if you have been a victim of a head on collision.

The first and the most important thing that a person should do if they have been a victim of a head on collision is to file a police report. While the police usually reaches the scene to investigate the accident and to clear the road in the case of a head on collision, it is better for you to independently file a report as well. If you find yourself incapacitated or unable to immediately file a report yourself, get a family member or a trusted person to do it for you. Usually, the police write up the incident and record facts of the case, and include important evidence such as photographs and testimonies of witnesses’. This can be tremendously helpful in case you want to file a case for compensation.

A picture is worth a thousand words in every circumstance, and in this one as well. Everyone today has a smartphone – so if you have been involved in an accident and are able to move (or you are not significantly injured), ensure that you take pictures of the surroundings to present your case better. The driver who is at fault may try and pin the blame on you, and taking pictures can ensure that you can represent your side in the best way possible. Another thing that you could consider doing is to get a dashcam. The footage of a dashcam can be tremendously invaluable in the unfortunate scenario of an accident.

Most likely, if you have been in a head on collision, you will be injured and unable to walk around and gather evidence immediately post the accident. In such a scenario, the statement of witnesses during the time of the accident can be extremely helpful. Not only can the witnesses provide a snapshot of the events that transpired, but they can also provide significant backing to your case. Ensure that you follow-up, once you can, to check if the witness statements are written and recorded. It is because only if the statements are written and recorded, they will be accepted as documents with evidentiary value in courts.

Another important and significant document that you will have to keep with you in case you are claiming compensation is your medical report. The injuries that occur after an accident are intricate and complex, and may be either visibly apparent or may not be visible either. However, even with some invisible injuries (such as a concussion), the consequences can be disastrous. Therefore, ensure that you get thoroughly checked up, file all your medical documents neatly, and keep the bills safe. It is the best way to ensure that you can claim compensation for medical expenses as well.

A personal injury attorney is an attorney that specifically specializes in personal injury cases, such as those arising from a head on collision. While a lot of people tend to think that they can handle the case themselves, the legal process can be daunting, and that combined with the stress of recovery and mounting medical expenses can be a cumbersome process. By hiring an attorney, you can ensure that at least the legal portion of the struggle can be delegated to someone with both the knowledge and the experiences of handling cases like yours. If you play to sue the at fault party in court, your chances of a favourable outcome are significantly higher if you hire legal representation. This is because they not just know the law well, but also to present the facts of your case in a manner that will be in consonance with the law.

So these are the head on collision facts and if you find yourself a victim of a head on collision, remember to take the steps mentioned above, and also to hire a personal injury attorney if you can afford it. Also ensure that you take steps to seek compensation in a timebound manner, and do not allow the process to go through any inordinate delays.