How Much Does Workers Comp Pay for Back Injury

Back injury is the type of injury by which there is no normal movement of the back. This injury can also cause very little pain or even chronic pain which can be an issue for a lifetime. This can happen because of pulling, pushing, loading, and lifting. Even sometimes standing and sitting can also lead to the back injury if it is not ergonomically supported. Well, there are various causes of the back injury:

Back injury Treatment can be mild or extensive. If there is mild pain, then doctors can suggest taking inflammation and pain-reducing drugs. If there is severe pain, the doctor can suggest powerful drugs for reducing the pain. Such drugs are very costly and even there can also be a risk to the health of the person. A lot of workers suffer from a back injury at their workplace. The common issue is of bearing the back injury treatment cost. It is imperative for you to know the Worker’s comp settlement. 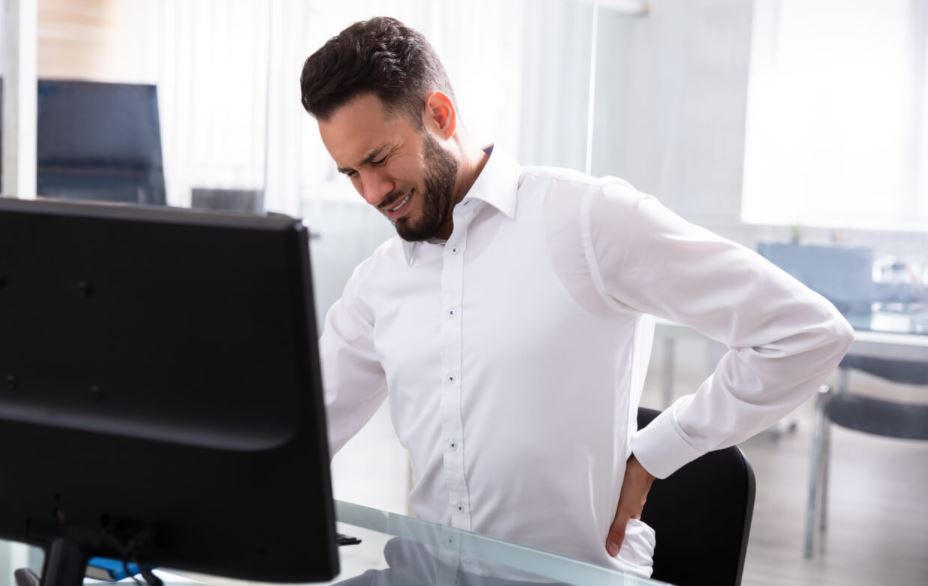 if you are wondering how much does workers comp pay for back injury then you must understand it first. It is the statement of amount for bearing the medical and other costs which are related to the back injury. It is paper or agreement which settles the issue regarding the claim amount for the back injury. The stated amount is received by the injured worker by the insurance company for making sure that he has to bear the cost of medical spent already and also the future cost which may be there because of a back injury. The worker’s comp settlement is arranged by the company also with the purchasing coverage from the insurance company. The Worker’s comp settlement will be made by the insurance company for the meeting the related costs which is induced by the back injury. If the amount is fair according to the injured, then he can sign considering it as enough for bearing the cost. Even there is not a compulsion for signing it.

According to the severity, back injury is not the same. Even sometimes the back injury can be temporary or mild or even in some cases; this back injury can also be a permanent disability. Besides, the injured worker can also suffer for a long term basis.

The severity of the back injury varies because the injury is not the same. The compensation is received by the workers for the back injury claims which are based on the permanent disability. The settlement amount can be high as there are various supporting and related facts that must be considered permanent. This amount can be up to 400 weeks and the lump sum is based on the negotiation.

If the injury is not permanent which defines the worker stays from the type of work so the worker can also get high compensation. The worker can have the possibility of returning the work if the severity of the back injury is less. The employer also offers jobs to the workers which are easier to take and light in nature.

The worker can also take this chance and the job can be started again as the permanent income source is needed by the worker. But it can also be there that the employer has another will which can reduce the compensation through the insurer. It can be a very good decision for the employers and the workers to be mutual according to the law. The hassle is reduced from both sides but the worker can come back to the department and he needs to take the medical care. In such a case, compensation must be paid by the employer as explained in a settlement.

The worker can continue the job but the complicated issue will be if the worker is feeling pain while working at the workplace. The documentation is very less in the claims of the back injury. The employer will have to choose a different path by considering that the injury is not related to the work but is derived from other sources. When workers get help from an attorney, the attorney crafts the case as per the claim settlement in a legal way.

What is the value of the back injury claim?

There are various non-economic and economic issues of the back injury and damage. It can be of different amounts which include pain and suffering, medical bills, and so on.

This means the actual financial loss which is borne by the injured worker. This is also the loss which can’t be carried on and you must get this amount.

After the injury, you are not present for the work so you are entitled to the compensation on the lost income. The factors to be included for calculating your lost income is the salary history and the work amount which you were not able to meet up. The vacation time and sick time can also be included in the settlement amount.

There can be a chance of going for the physical therapy for which one session costs around $100 per session. Another important test is an X-ray which is required for making sure the minor sprains and strains can cost from 100$ to 1000$. There is no limit on spending the dollars if the condition is like paralysis. In such case Workers Comp Pay for Back injury is a big amount.

It is the indicator of the monetary losses which are faced by the injured persons. It may reduce your productivity as well.

long time. It can be assessed on the basis of state law.

This can be very painful for any person who is injured. It can be included in the lost wages and medical bill and it can also be multiplied by the 1.5 or 5. According to the nature of injury, the multiplier can also be more than 10.

In some of the states, there is a loss of consortium for the back injury. The person who is injured will miss the sexual relationship if the person is married. The injured will also miss the dear ones and family members which is also considered as the financial loss and is included in the settlement. According to the state, there are different rules. The affected family members can sue separately for the consortium damage.

It is very difficult to know the back injury average settlement. There are also different factors in the injury which can also change in the future. The amount depends on the type of injury and it is also very important for you to know the benefits provided by the insurance company if the issue is not settled by you. The worker can also claim to include the factors for making the average back settlement.

What is the average comp settlement for the back injury related to work?

Worker’s Comp Settlement is the litigation process for getting the fair amount after filing the claim. This claim can also be voluntarily settled by the employer and a lot of workers will not have to face any type of hassle if they are in this process. But the issue may be when the employers are not willing to pay what the workers ask for the claim. Mostly 75% of the injury claims are settled by court order or by the employer. While some of the claims are not settled for different reasons.

The different people have various realities with the injuries related to work and the benefits are also distinct. The injury can be long term, permanent, or temporary and the compensation will also vary according to the condition. Another issue of the injury is the rehabilitation process is the victim who wants to take time for the physical therapy and surgery.

Not severe to take the medical help

For serious injuries, the amount of medication costs high. If the injury is light, then the company will deny the compensation. Even though the injury is light, it must be tested well and a registered physician must check it. Even light injury can make the worker suffer for a long. So if anyone gets injured then they should meet the doctors and the ascertainment of the level of injury must be done. If the injury is severe, the papers must be collected by the injury from the doctor for ensuring the injury claim.

When the worker gets injured then he or she waits for the medical treatment. It can also be the reason for rejecting the claim by the insurance company. There are also some witnesses and evidence of the injury at the workplace which can be recorded if it’s on an instants basis. Then these records may not be available for the delay by the injured worker. The injury must be reported by the injured worker and the claim must be made as soon as possible in a proper time for making the injury authentic.

Injury caused by various other factors

It can also be claimed by the insurance company that the injury has not happened in the workplace. The insurance company may also explain that this injury is not of the workplace. It can be claimed that it is from outside and the claim made by the injured is not true. If the explanation by the worker is such that there is no clear description, then the claim may be denied.

Mostly in all the cases, the insurance company checks the paper very carefully of the injury to check it this is derived from the workplace. The victim must explain the injury which is related to the workplace. Some may also try to find a good reason to get a good amount if they have back pain earlier.

What can happen if there is no settlement of the compensation?

If this issue is not settled, then there is no guarantee that one may get a workers’ comp back injury settlement. Even some states also have the rules and regulations so that the insurance companies can pay until the workers’ comp back injury settlement case is not resolved. If the injured gets the compensation, it depends on the case of the injured. The amount will be paid by the insurance company on medication like surgery, therapy, and other treatment purposes.

The necessary steps are taken for the Worker’s comp settlement back injury. Even the good companies also take the follow up when the treatment is being taken by the injury. It is the ethical duty of the employer. The workers do not get fair compensation sometimes. From the insurance company to the company will seek very few payment options for the purposes of the business. For getting the fair amount, the third party lawsuit can be a good option. Some attorneys easily deal with your case. The exact suggestions are provided even if you get late in proceeding with the case. The chance of receiving the payment is more when you get the help of the attorney.

Back injury is a very serious type of injury. If anyone gets injured and feels the pain then it is very important to take the important steps for making sure that they receive the Worker’s comp settlement. If there is any delay or negligence, then you may lose the compensation for the back injury.